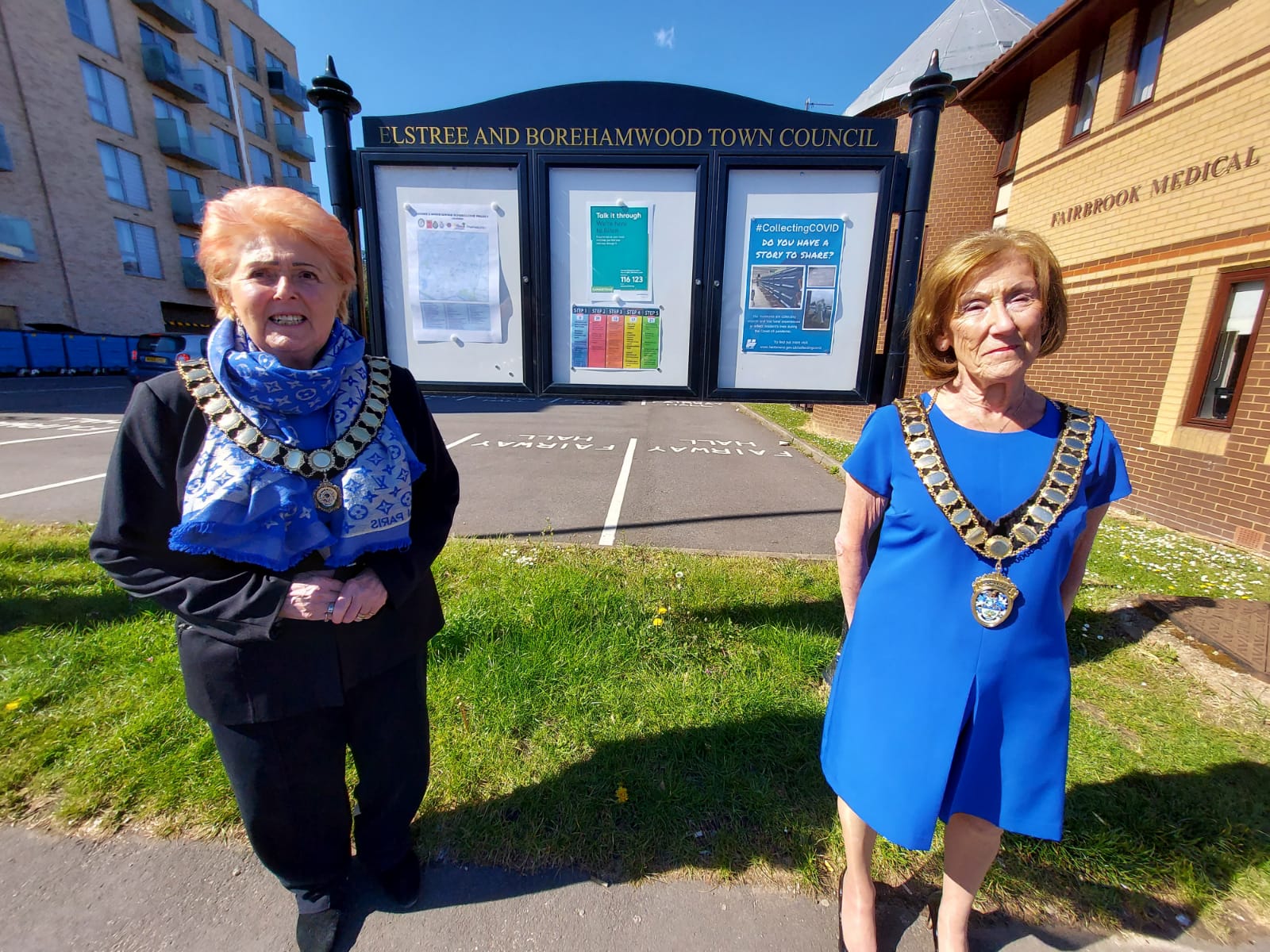 Cllr Turner described herself as a long-time resident of Elstree and Borehamwood and in accepting the honour, she promised to do the very best she could to serve the residents in the community.  She thanked the outgoing Mayor, Cllr Simon Rubner, for all that he had done in his two-year term; especially his continuing work at vaccination centres and the support of charities that helped vulnerable people during the height of the Covid-19 pandemic such as Gratitude and Goods for Good.

Cllr Sandra Parnell retained the role of Deputy Town Mayor for the municipal year.  She looked forward to continuing to support the important work of the Mayor and to represent the town at all the functions and events that she attended whilst deputising for Cllr Turner.

At the meeting it was stated that 2020 had been an unprecedented and challenging year for the town and the Council.  Members and Officers of the authority alike looked forward to a resumption of civic events and entertainments in the coming year for the enjoyment of local people as lockdown restrictions eased.  In particular, the Summer Festival was planned for July which would include the ever popular Families Day.