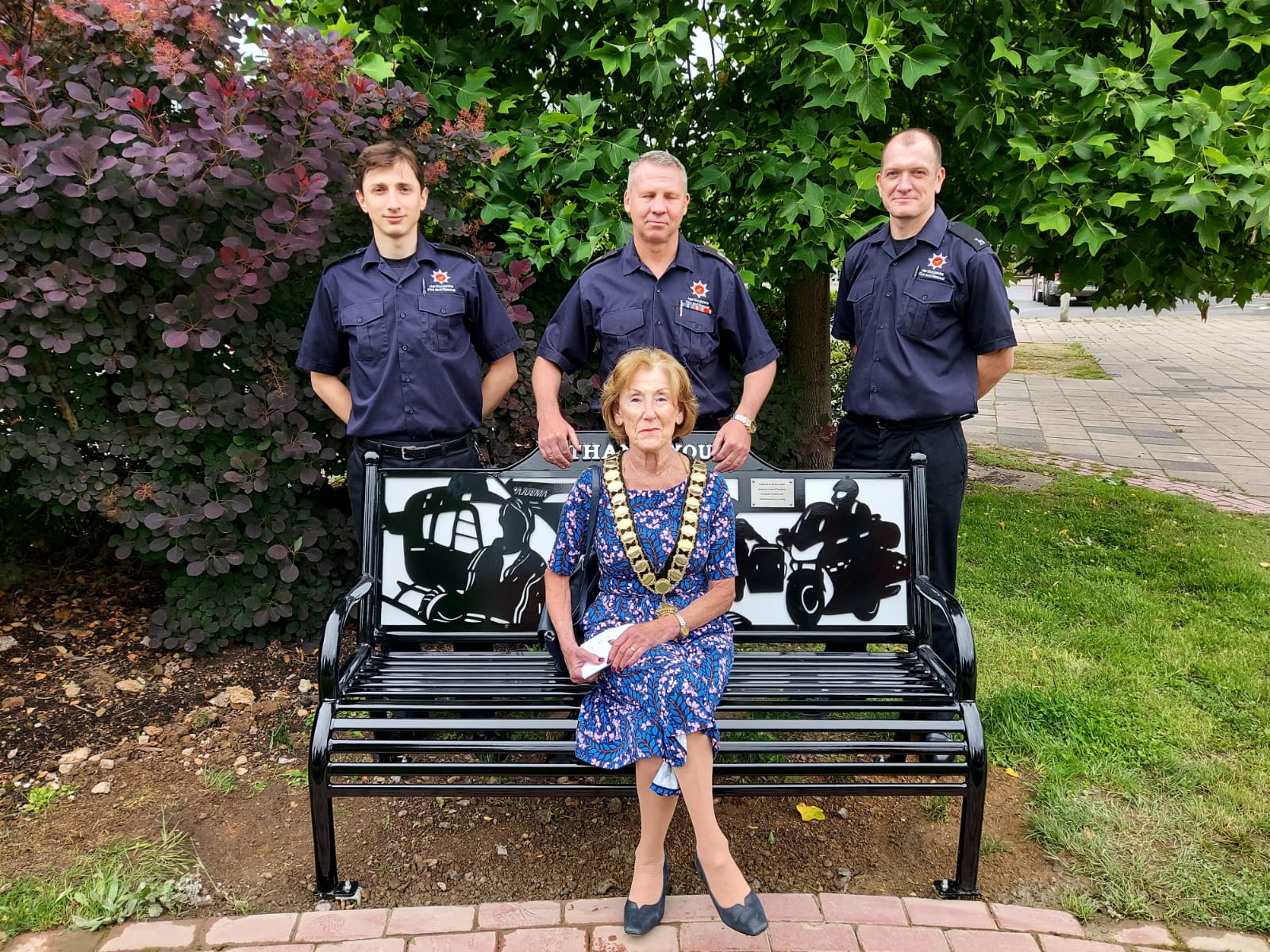 The Town Mayor, Cllr Mrs Farida Turner, today presided over what she described as “a very unique and special occasion,” namely, the dedication of a commemorative bench in Borehamwood dedicated to all the Key Workers in the area who worked and continue to work during the Covid-19 pandemic.

She said: “We hope this bench will be a constant reminder of how much we owe to the amazing key workers who have unstintingly given so much of themselves to help others during the crisis. I would like to quote a gentleman’s words of 81 years ago – ‘Never was so much owed by so many to so few’ – thank you, Winston Churchill!”

The bench, funded and to be maintained by the Town Council, sits opposite the bench of a similar design installed last year by the Town Council to commemorate the anniversary of the ending of World War 2 - and these are located near the Borehamwood War Memorial.  The project had the support of the local branch of the British Legion who agreed that it was right to honour the key workers in this way.

The dedication ceremony which took place today with limited numbers was attended by fellow Town Councillors and representatives of the Fire Brigade.