Although most of the town has been built within living memory, the history of Elstree and Borehamwood can be traced back to Roman times. Elstree, situated on the Roman road of Watling Street, was a centre for pottery and tile manufacture in the 1st and 2nd centuries AD.

ELSTREE, much the older part of the parish, came into the possession of St Albans Abbey in 1188, when it was knows as Tidulfes Treow and Borehamwood as Bosci di Borham. Both names have undergone various changes and spellings over the centuries, and many older residents still prefer to spell Boreham Wood as two words.

St Nicholas Church, Elstree was dedicated to the Saint in 1424, (though it was rebuilt in 1852-3) and several buildings in the Village date from the late medieval period, including the Holly Bush public house.

Other prominent buildings in the High Street include Schopwick Place c.1720, the Artichoke public house, also from the eighteenth century, and the Plough public house from around 1830, now the East Restaurant. Back then four stage coaches called at Elstree each day, as a ‘watering hole’ between London and St Albans. The population of the Parish was 341 at that time.

Several of the roads have interesting histories. Deacons Hill Road was created in the 19th century by the owner of Deacons Hill House in Barnet Lane, to provide easier access to the railway station, which was opened in 1868. Other roads, including Barnet Lane, Furzehill Road, Shenley Road, Allum Lane and Theobald Street, were created as a result of the Enclosure Act of 1776, whereby the 684 acres of Borehamwood Common were divided up amongst various landowners, including the Church, and in return new roads were laid out which were to be sixty feet wide including verges. 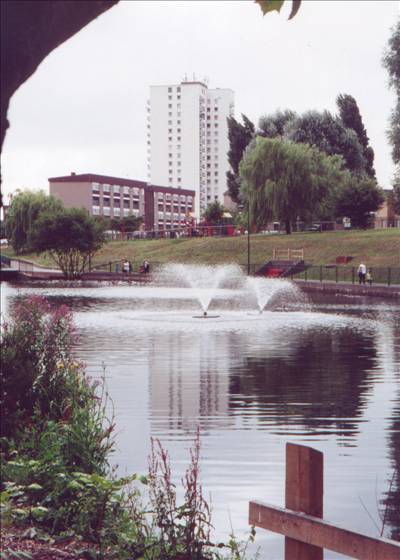 BOREHAMWOOD is where the majority of the local residents live, and where local industry is based.

In Victorian times this part of the Parish consisted of little more than a hamlet, clustered around Theobald Street and surrounded by farms. When Queen Victoria died in 1901 the population was only 1323; now it is around 30,000.

All Saints Church began to be built at the turn of the century, and was consecrated in 1910. The adjoining Village Hall was built in 1920. A Baptist Chapel was opened in Station Road in 1903, but later became a cinema, then Council offices, then a public toilet, and is now a florists.

A small school opened in Theobald Street in 1896, followed by Furzehill School in 1912 and Hillside in 1939. Both have since closed in a re-organisation of local education which has resulted in a new senior school called Hertswood, which opened in September 2000, on the site of the Nicholas Hawksmoor School. 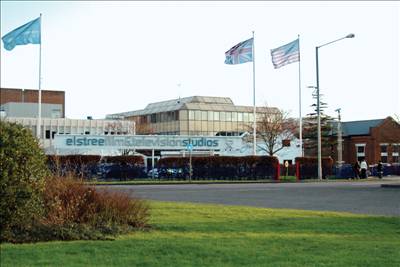 The film industry arrived in 1914 and proved a magnet to attract both retail and other businesses and created many jobs.

The telephone exchange had just 97 subscribers in 1924! The Police were even reluctant to be connected in the early days, in case it encouraged the public to phone in crime reports! (a feeling some older policemen shared about the 999 system)

The growth of Borehamwood proceeded rapidly in the 1940s and 1950s. It was reported that Elstree Rural District Council built 1500 homes between 1945 and 1956, the London County Council 2,700 homes, and 550 private dwellings were constructed. Roads such as Bullhead, Cranes Way and Whitehouse Avenue recall the names of farms that once existed prior to this development.

In 1957-8 alone, the new Police Station and Monksmead School were opened, and work commenced on Brook House senior citizens’ home and the Lutheran church. The MGM castle set was demolished, and the War Memorial moved from Theobald Street to Shenley Road. A number of residential properties still remained in Shenley Road and some residents still talk of ‘going down the village’ when referring to this shopping centre.

However, Borehamwood might have looked very different if two 1930s plans had not been halted by the War. Work had begun on extending the Underground system to Elstree Hill from Edgware and the John Laing company purchased hundreds of acres, intending to create a ‘garden town’. 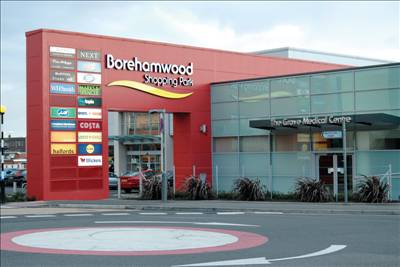 The town’s growth from a rural community to an urban one commenced when the railway arrived in 1868.

As a consequence, commercial and domestic properties continued to be built. The Borehamwood Retail Park is now well established at one end of the ‘high street’. At the other end there is a Tesco Superstore on part of the Elstree Studios site and McDonalds have converted the former 1930s Red Lion public house. In between, the Shenley Road shopping area is itself enhanced by the addition of an outdoor street market on Tuesdays and Saturdays. Today the Town is easily accessible via excellent road links to the A1, M1, M25 and Watling Street. 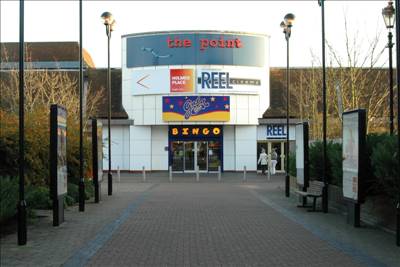 The parish has two war Memorials, both maintained by the Town Council. The one in Elstree Village was dedicated on 14 July 1921 by Rev A Eales, Rector of St Nicholas Church from 1898 to 1945. The Borehamwood Memorial was dedicated shortly afterwards, on 20 October 1921.