The ‘Make a Difference’ project, is for primary school children in years 2-6 to design something that will improve Elstree and Borehamwood. The Elstree and Borehamwood Youth Council has a fund of £250 which will go towards the winning idea. The aim is that the children will draw their design or write what they want to improve the town. An example is if a child were to draw a flower bed to be planted on the high street or, if they wrote stating that a bench on their road would be really beneficial. After a set period of time, all the entries will be collected, and the Youth Council will judge what they believe to be the best entry. We would really appreciate teachers at the primary schools to encourage their pupils with this project. 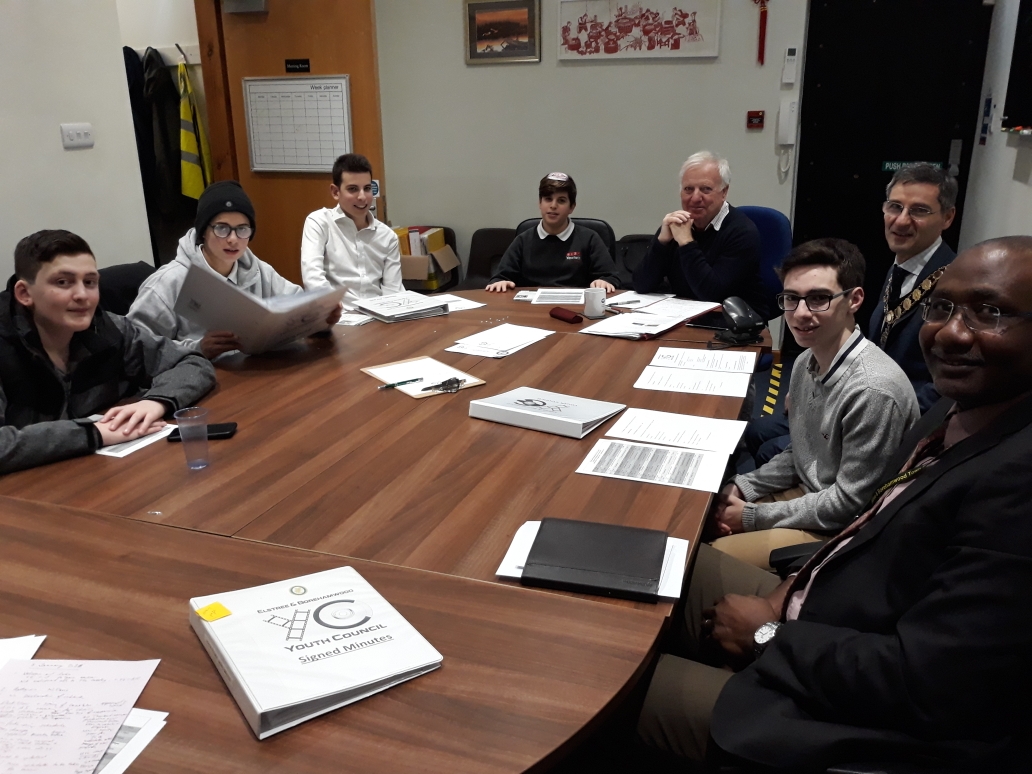 Youth Council Parliament Visit
On the 29th October 2019 the Elstree and Borehamwood Youth Council were invited to tour the Houses of Parliament in Westminster. After heading up to the city of Westminster on an early but sunny Tuesday morning, we were met by floods of protestors wanting to make their opinion heard on the hotly contested topic of Brexit. Countless European Union flags as well as Union Jacks were flying at high mast outside the rather grand architecture of the Houses of Parliament. It was against this backdrop that the Youth Councillors and those accompanying them engaged in discussion regarding their views on the UK’s withdrawal from the European Union, from which it was obvious that there was a clear split of opinion, much like the rest of the country! 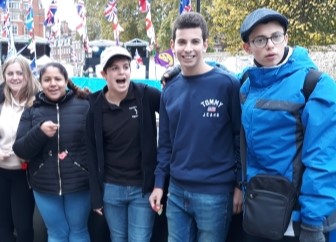 After a while we entered the Houses of Parliament via the Cromwell Green visitors’ entrance only to be met by a line of security. Once security was passed, we were led to Westminster Hall which has housed a range of famous speakers from Barack Obama to Her Majesty the Queen on several occasions. This is also the place where we met our tour guide for the day who we must commend for his extreme passion. In fact, our tour guide was so passionate that our tour lasted much longer than planned. 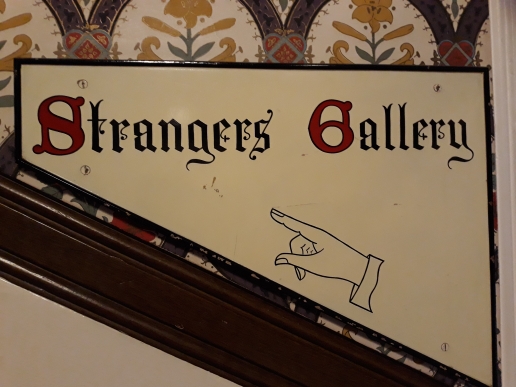 Our first stop after Westminster Hall was the lobby. We learnt of how constituents could hold their MP to account by lobbying them in the grand lobby - one of many ways why the Houses of Parliament are in fact a transparent and very public place, a key feature of previous constitutional reform. It was just in the middle of the tour guide’s description of the lobby that the Speaker of the House of Commons (at least he was at the time this article was written!), John Bercow, walked past our group. Fortunately for us, Mr Bercow came over to speak to us! This was a great highlight of the trip as once we explained to him we were Youth Councillors, the Speaker was happy to engage with us for several minutes. He gave us plenty of advice on public speaking (something he most certainly excels at) and also described his route to becoming Speaker of the House of Commons.
We then quickly progressed to the House of Commons. Here our tour guide highlighted the MP’s personal pigeonholes which once again demonstrates just how much influence the public can have on the UK’s political landscape. Once we had entered the House of Commons it was clear to see how tense British politics can be, perhaps partly due to the rather compact and tight shape of the Commons. The Government as well as Opposition benches were pointed out to us, clearly defining the set-up of the UK’s legislative body. We then transitioned from the green Commons to the much grander red of the House of Lords. Here, we were shown the preparation room where the Queen supposedly prepares herself for her speech during the State opening of Parliament (an annual event). Within the grand corridors of the Lords hung several paintings depicting the greatness of the UK’s monarchy as well as numerous previous Prime Ministers. Many of us were shocked at the attention to detail paid in the creation of the House of Lords. Once again, we saw the benches of the Government and the Opposition, as well as the royal throne at the front of the chamber which is coated in gold and diamonds. After our visit to the Lords, our tour ended but this was not the end of our excitement for the day.
Our tour guide recommended that we should visit the public viewing gallery of the House of Commons, seeing as it was again such a significant day for British politics. Notwithstanding that there was a two hour wait to enter the gallery, we decided that this would be too great an opportunity to miss. Whist waiting, I was fortunate to meet James Cleverly (Chairman of the Conservative Party), as well as Andrea Leadsom (Secretary of State for Business, Energy and Industrial Strategy). Lord Rabbi Jonathan Sacks, the former Chief Rabbi of the UK, also walked past. After a lengthy but rather entertaining wait it was soon time to enter the public viewing gallery. After entering through additional security, we finally caught sight of the chamber of the House of Commons in action. And what a sight this was! The likes of Boris Johnson (Prime Minister) as well as Jeremy Corbyn (Leader of the Opposition) battled it out at the dispatch box. I must admit the experience was very surreal and thoroughly worth the wait! After remaining in the viewing gallery for a couple of hours it was soon time to head home but we did so basking in the knowledge that we were so fortunate to have experienced such a fantastic trip.
Noah Arazi
Chairman of the Youth Council

Elstree & Borehamwood Youth Council aims to comment on current local youth issues, giving the local youth a voice, and also to undertake some projects to the benefit of local youngsters.

The Town Council believes that as the future of our communities it is important to invest in young people.

Youth Councils enable Young People to:
• Voice their concerns
• Participate in local government
• Be empowered to take decisions and action to improve their local community. 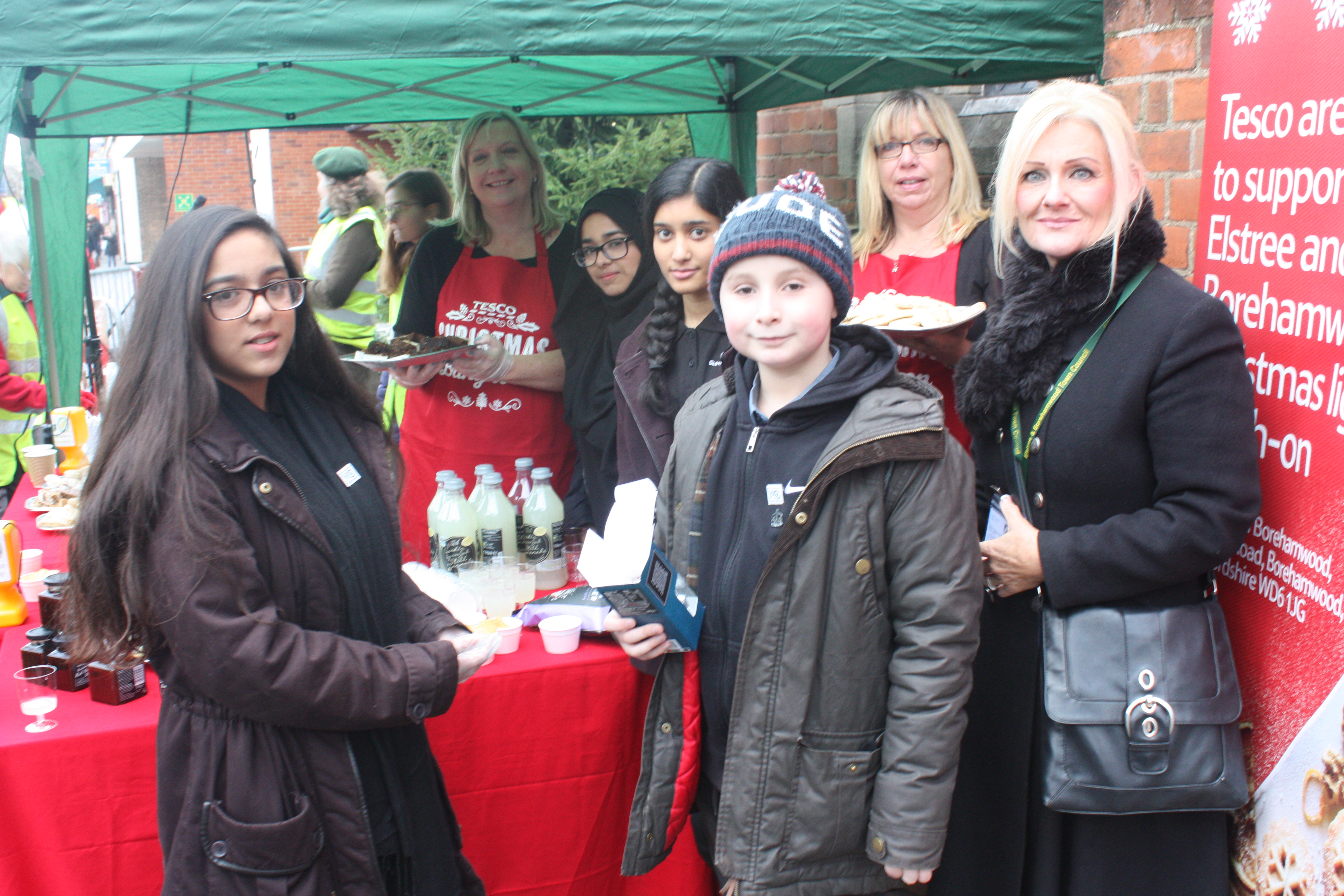 Youth Councils enable Local Councils to:
• Truly represent the whole of the community they live in
• Become more vibrant, modern and dynamic
• Encourage young people to vote and become councillors when they are old enough
• Improve services to young people

We meet monthly and welcome new members to join us - to register your interest please email the Town Council at This email address is being protected from spambots. You need JavaScript enabled to view it.. The qualifying age range of a Youth Councillor is from school age entry of year 7 (i.e. age 11 by 1 September) to the 19th birthday of the Member. Anyone within this range and residing or at school in Elstree or Borehamwood, is eligible.