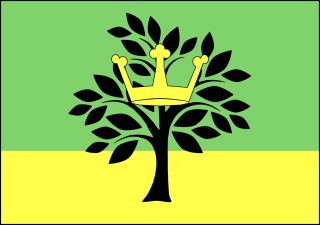 Elstree and Borehamwood Town Council is proud to announce the outcome of the competition to design our town’s first-ever flag.  And the winner is ….. 11-year old Lily Saron.

The green and yellow background of Lily’s beautiful winning entry reflects the colours of the fields and woods in our local countryside., while the silhouette of a tree refers to nature.

The judges who shortlisted Lily’s design for the ballot noted that the tree can also be seen as alluding  to elements in the names of the twin settlements of Elstree and Borehamwood.

The word Elstree is derived from a Saxon personal name, Tidwulf’s tree, while Borehamwood comes from the Old English term for a farm on a wooded ridge.  And the golden crown is that of the Anglo-Saxon kingdom of Mercia, of which they originally formed a part.

The runner-up in the under-12s category was Isabella Sasto, aged 8 and the best design from a 12 to 16 year old entrant was that of 12-year old Madison Bradley. 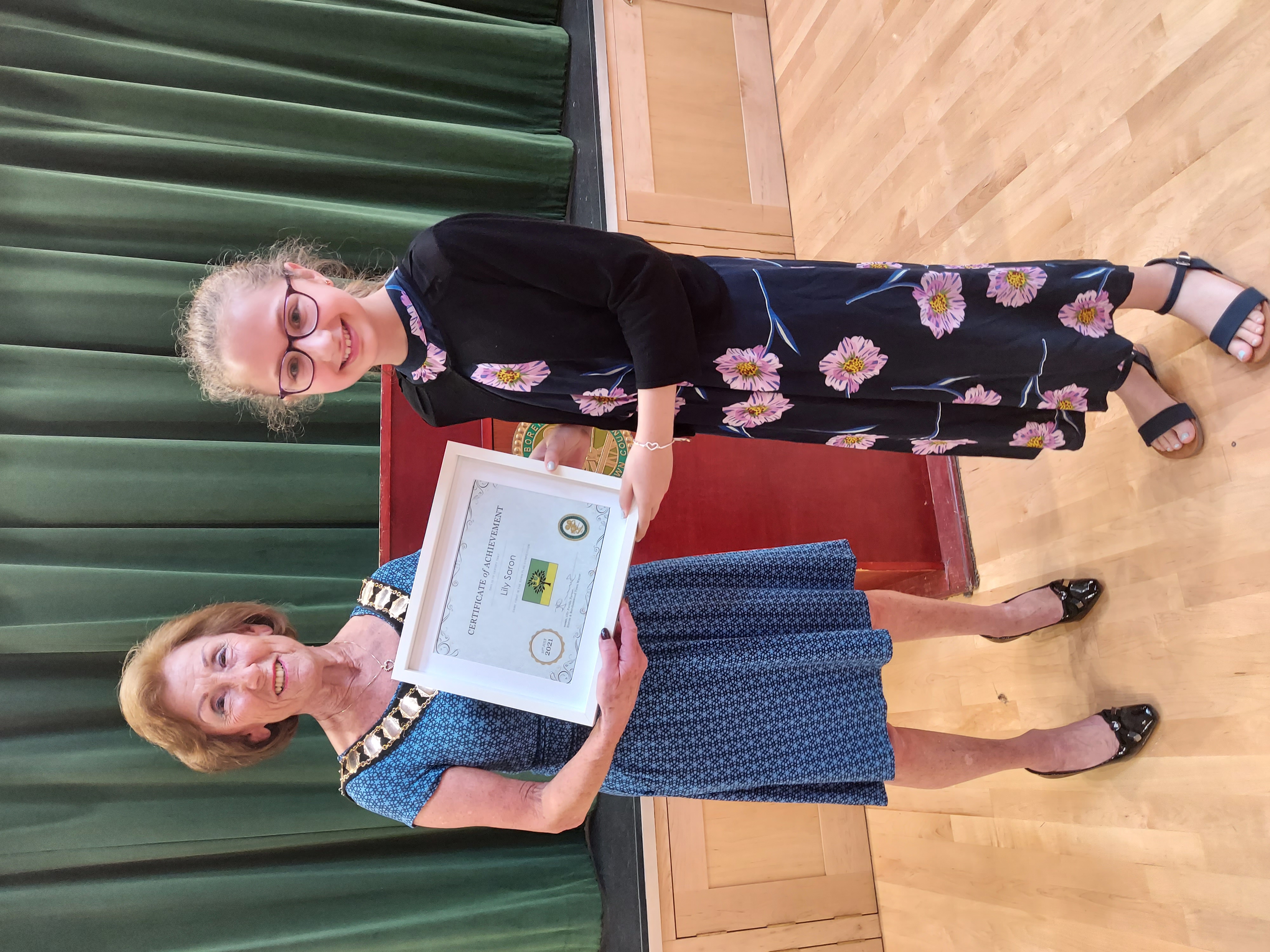 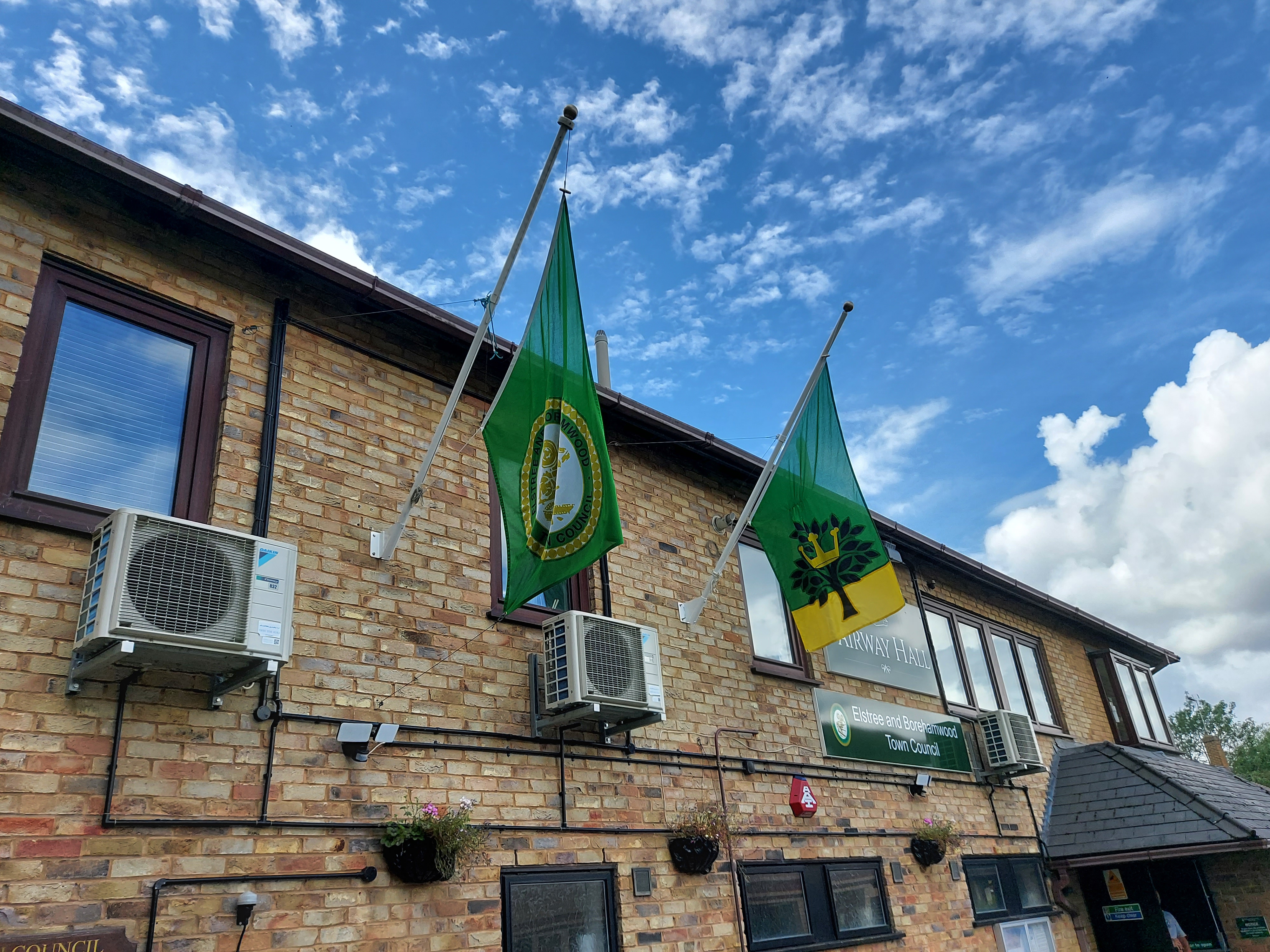 Flags on display at Fairway Hall